Home Health How to Get Rid of a Runny Nose?

After writing, how to get rid of a cough?, how to get rid of a stuffy nose?, and how to stop sneezing fits or attacks?, we are now writing the ways to get rid of a runny nose. A runny nose is said to be a condition, when your nose starts discharging excess fluids due to congestion in your nasal passage. Sometimes it becomes the worst situation when you are in office, sitting in lectures, or on holiday. When you want to sleep you feel uncomfortable and breathless. The only thing that you want is to get rid of a runny nose as soon as possible. To treat nasal congestion sometimes people go for nasal sprays. They are not only harmful, but there are a lot many side effects of these sprays. They are made up of chemicals and drugs, one can get addicted to it which is very harmful. So it’s better to avoid chemical substances and prefer something natural, less expensive and affordable. There are different natural remedies, which are helpful and effective for a runny nose. Continue reading the article for a list of remedies to get rid of a runny nose fast and naturally.

Symptoms of a Runny Nose:

Natural Remedies to Get Rid of a Runny Nose:

It is the most effective remedy to get rid of a runny nose and other symptoms related to it. Salt water is even more effective than a saline water and it is also recommended by doctors.Salt water will help loosen the mucus, making it comfortable and easier to remove. It will also help clear the chest congestion. To try this method, mix ½ tsp of table salt in a cup of warm water. Now, gargle with this mixture for 2-3 times a day. You can also inhale the steam of boiling hot water with salt to remove excess mucus from your nose. Try blowing your nose gently to get rid of a runny nose instantly.

This is one of the traditional remedy to get rid of a runny nose instantly. Steam helps loosen the mucus easily so that you can easily blow off your nose and can get rid of congestion. You can add some tea tree oil instead of salt for additional benefits. Boil some amount of water in a boiling pan and after it boil add a couple of drops of tea tree oil. Inhale the vapors covering your head with towel do this for 10-15 mins. You can also use electric steamer to generate the steam.

Turmeric works as a great solution for many health problems, including a runny nose. The herb consists of strong antioxidant, antibacterial, anti-inflammatory and antiviral properties that make it very helpful in treating a runny nose as well as common cold. Turmeric has healing properties which help eliminate mucus easily and provide relief from the nasal congestion. To try this method, take a half tablespoon of turmeric, add linseed oil and heat it with flames inhale the steam for 2-3 mins. Do this process 2-3 times a day to get rid of a runny nose. You can also add turmeric to hot milk and drink this mixture before going to bed every night for few days. Which is also useful and effective because turmeric heals your congestion and milk soothe your throat, which gives you feel relax.

Ginger has strong antioxidants, antitoxic, antiviral and anti-fungal properties that help provide ease from various symptoms of a runny nose. It also has antibacterial properties to fight against the fungus and harmful bacteria. This is one of the simple method, all you need to do is take some raw ginger and sprinkle some salt and chew it. Repeat this method several times a day to reduce a runny nose quickly.You can also make ginger juice, add lemon and honey for additional benefits. Alternatively, cut some ginger slices and boil in a bowl filled with water for 10 minutes. Let it cool down. Strain the water and add some amount of honey to this tea. Dink this tea for 2-3 times a day to get rid of a runny nose fast. Repeat this method for a few days to treat this problem as soon as possible.

Yes, garlic you heard it right. Raw garlic can help you to get rid of a runny nose faster than anything else. Garlic is blessed with antioxidants, antibacterial and antiviral properties. In cold and cough garlic acts as a de-congestion and expectorant. If you know this would work so would you take it or leave it? So chew raw garlic as it releases a chemical. Which is a very powerful antioxidant that helps release mucus. It only affects right after crushing garlic or before it gets heated. 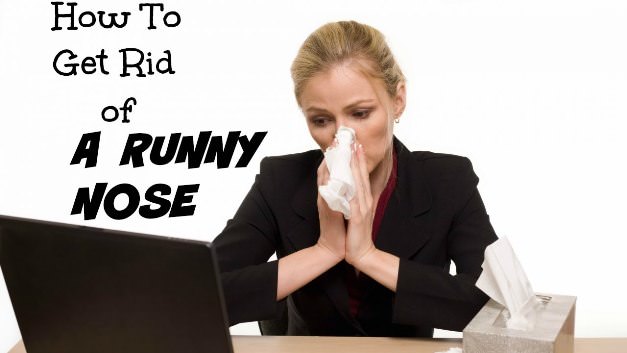 Basil also contains properties same like garlic. Which is an antioxidant and antibacterial properties. Chew basil leaves early in the morning and before going to bed. You can also boil basil leaves in water and drink that water to get rid of a runny nose.

Enough moisture in the air is very important for nasal passage. Lack of moisture in the air can lead to dryness and can make you feel dehydrated at the back of your throat. Putting moisture back in the air with the help of an electric humidifier will help. It is actually a good idea to get rid of a runny nose as it will lose dry mucus but should not be overtaken.

Take some warm mustard oil. Put 2-3 drops of it in both the nostrils. Do this process 2-3 times a day to get rid of a runny nose. Another method is to heat some mustard oil. Add some caraway seeds and put it on the heat and inhale the steam. The warm and strong aroma of mustard oil helps open the blocked nose. Therefore gives you immediate relief from a runny nose.

9.) Have Honey With Milk

Honey has antibacterial and antiviral properties, which help sooth harshness from congestion. So take honey with warm milk. Milk will lose the excess mucus in the nostrils and make you feel better. Alternatively, you can add warm water, lemon and honey together for added benefits to get rid of a runny nose.

It is a good and yet so simple remedy to get rid of a runny nose. Take a towel soaks it in a warm water and put the towel over your nose. This will help break down all the mucus from your nasal passage. This remedy is useful if you suffer a lot from cold and a runny nose.

If your nose runs due to sinus infection due to some bacteria, fungi or virus. Onion can easily rescue you. Onion consists of sulfur, which has strong antiseptic and antibacterial properties. It helps in loosening up the mucus and remove the fluid easily so that you get rid of a runny nose. Just smelling onion can treat a mild sinus infection. However, you can also prepare a tea. For that take one onion and cut it into slices. Bring some water to boil and put these slices in the water. Let it boil for 5-10 minutes. Now, strain the water into a cup and inhale the steam. Slowly drink this tea while inhaling. This will help you loosen mucus and phlegm settled in the throat.

Pressing nostrils also help to get rid of a runny nose. Doing this helps you feel better by removing irritants in the nasal passage. Press both the corner of your nose using your fingers for 10-15 mins, your nose should close each time you press. Press carefully to avoid hurting your nose. It is said pressure on the points eliminate sinus congestion and headache due to cold and flu. Repeat the same process on the upper side of your nose area close to the eyes. Do this for 10-15 minutes.

It is also very simple and effective method to get rid of a runny nose. Well, when you don’t have anything handy you can try this remedy sitting anywhere or while sitting in office and travelling. It is cost effective. You don’t have to go out to get anything for this remedy. So try massaging your ear lobes.

This is the other method to get rid of a runny nose. Nasal irrigation is beneficial because it allows all the foreign elements and debris removal from your nasal passage. Take some warm water and put some amount of salt in it. Mix well and using any Neti pot or syringe or any other product used for nasal irrigation. Put this mixture in one hole of the nose and let the other hole rinse the debris and mucus inside your throat. Do this process with both the holes.

Yes, blow it out. I know it’s disgusting to blow your nose specially when you are out in the office, surrounded with people, or somewhere you are out for dinner the other person feels filthy then it becomes an embarrassing situation. The best way is to blow it out rather than keeping mucus inside and struggle breathing. Blow your nose gently without much hurting your nose and do not clean your nose very often it might cause skin redness and burning. Use a tissue or soft cloth to wipe it out gently.

Any warm liquid except alcohol can relieve you from a runny nose. You can make tea using lemon and some honey because honey and lemon are rich in antioxidant and antibacterial, so you can add them for added benefits. It also helps you feel better and help you clear your nostrils from any debris and mucus.

Fluids keeps you hydrated and keep you away from bacteria and germs. Drinking water or taking fluids helps you fight against harmful bacteria and other diseases. Always remember, nothing is much better and comfortable than warm water for cough, chest congestion or any chronic disease. Follow some of these fluids to get rid of a runny nose.

Add ginger, garlic, onion, lemon, cinnamon and honey in water and heat it for 5 minutes. Strain the mixture. Drink this mixture 2-3 times a day. It’s a useful and effective remedy to get rid of a runny nose and fights against other viral infections. Which also keeps you hydrated all day long.

Do’s And Don’t To Get Rid of a Runny Nose: 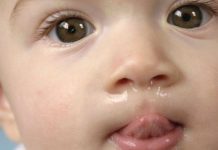 How to Stop a Runny Nose? 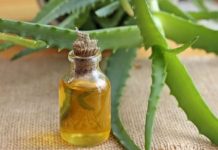 How to Stop a Nose Bleed Fast? 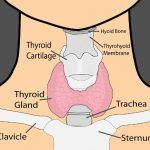 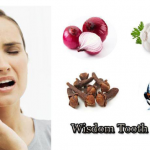 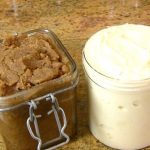 How to Make Sugar Scrub? 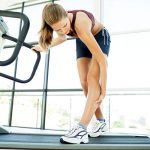 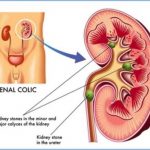 How to Pass a Kidney Stone Faster and Naturally? 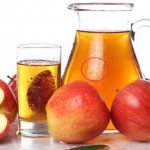 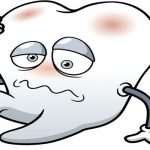 How to Ease a Toothache? 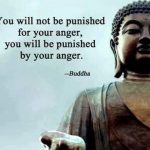 How to Avoid Anger? 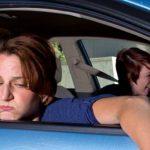 How to Get Rid of Motion Sickness? 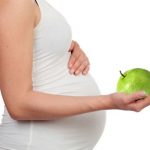 Benefits of Eating Guava During Pregnancy